exploring Polycaprolactone as a universal material for making objects and furniture

A “dilettante,” from the Latin delectare, “to find delight in,” was someone who enjoyed a given activity. The earliest meaning of this word therefore drew attention to experiences rather than accomplishments; it describes the subjective rewards individuals gained from doing things […] But increasingly the emphasis has been to value behavior over subjective states; what is admired is success, achievement, the quality of performance rather than the quality of experience. Consequently it has become embarrassing to be called a dilettante, even though to be a dilettante is to achieve what counts most—the enjoyment one’s actions provide.

Inspired by the works of Berlin based Artist and Designer Jerszy Seymour, who uses a biodegradable plastic wax both as a construction material and as a metaphor for the creative energy in all people, we explored the power of DIY furniture design and fabrication.

Following Seymour’s concept of an amateur society we worked with a material named Polycaprolactone (PCL) and investigated the possibilities it provides as a structural joint and/or surface material for the creation of objects and furniture. PCL, also known as Polymorph, is a biodegradable polyester, which is hard and tough when cold but which softens to a putty-almost wax-like consistence when immersed in hot water. Yet unlike Seymour’s artistic approach we aimed at developing processes and tools to transform the material in a controlled manner.

The two-day workshop was split into three consecutive parts:

First we researched and understood the material’s distinctive properties, then we focused on its use as a universal joint and surface material and the development of simple tools and techniques to merge structural materials such as wood into functional assemblies and finally each group designed and manufactured a practical and formally interesting object. Except for using PCL no additional fasteners or joints were permitted. 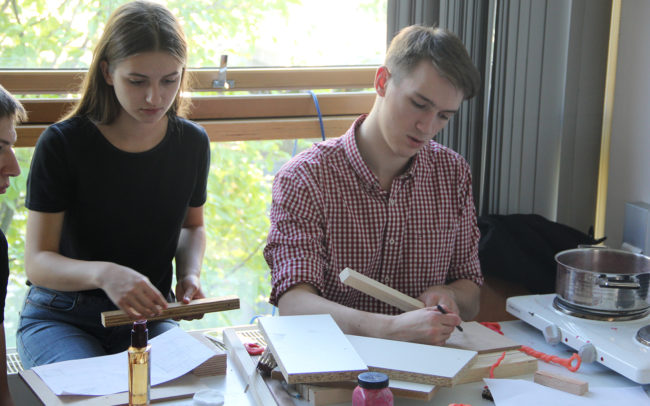 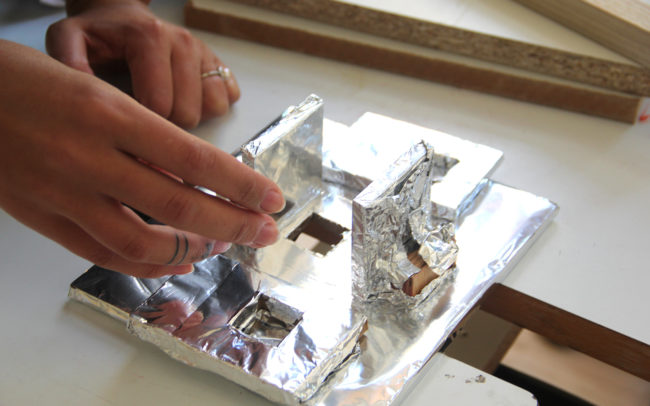 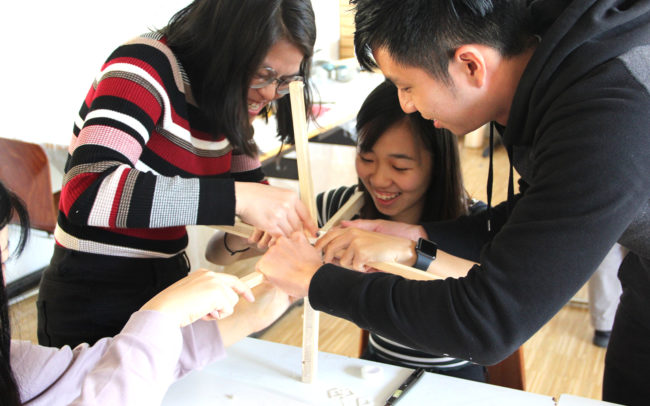 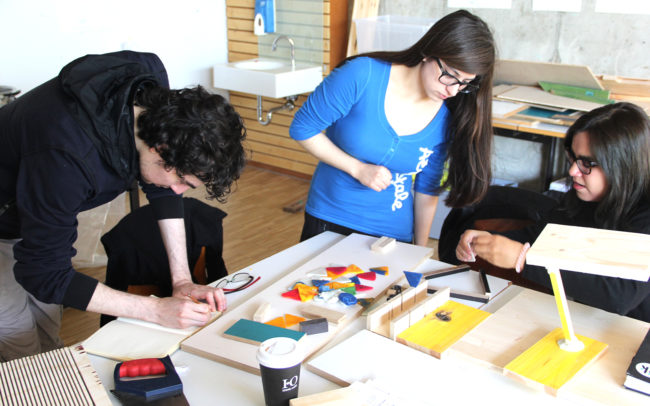 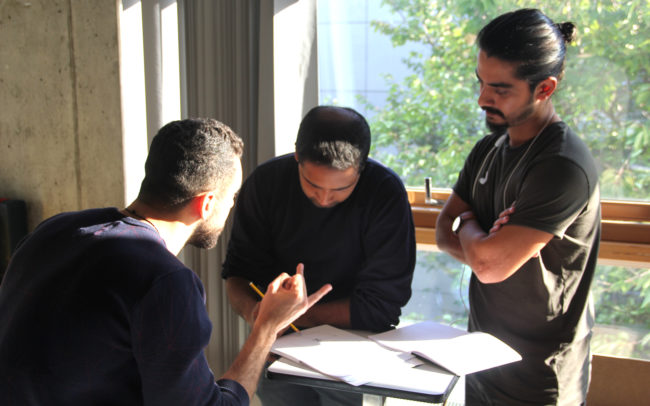 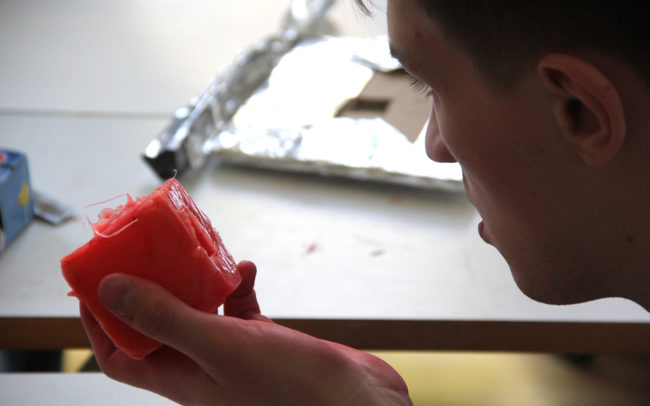 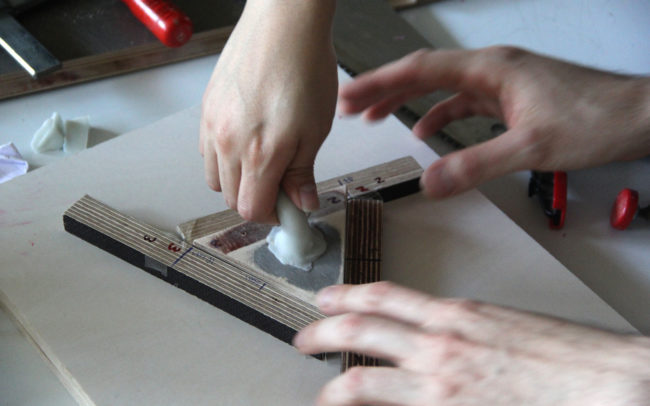 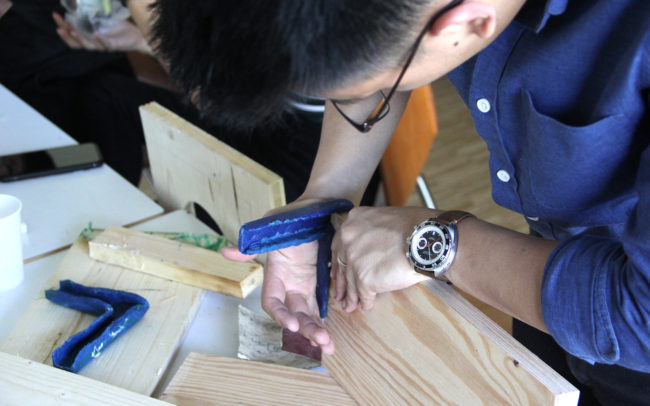 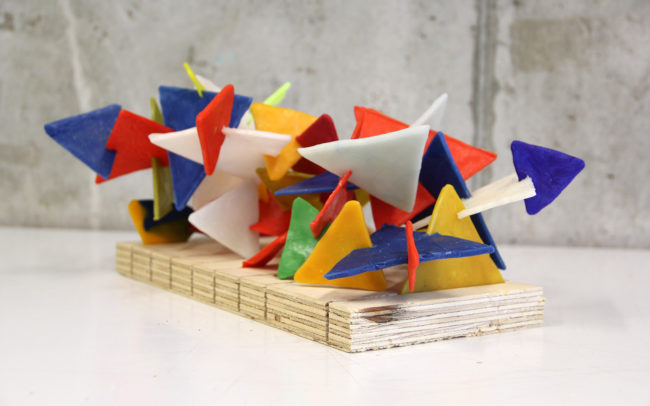 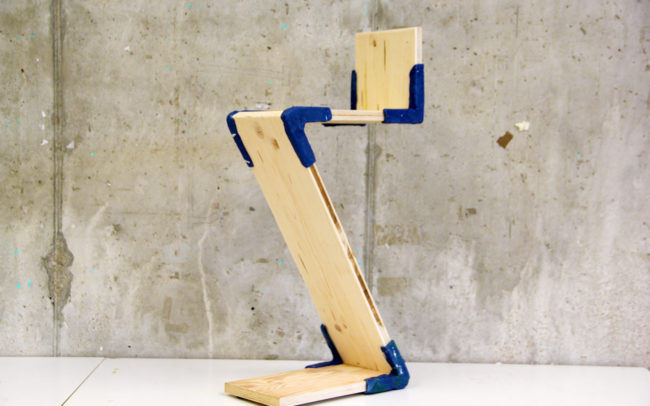 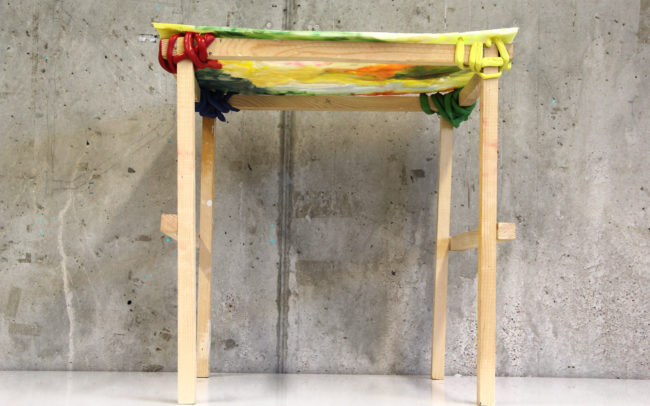 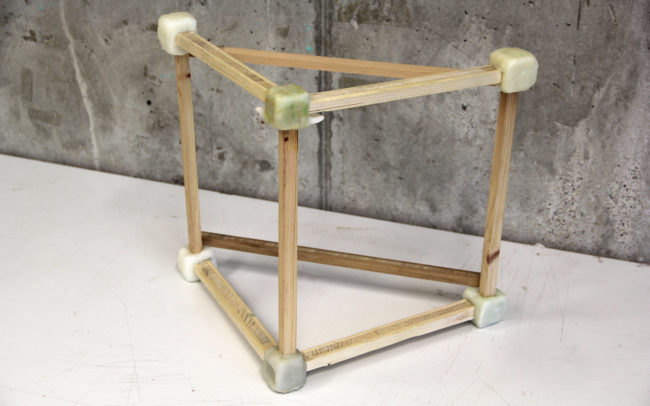 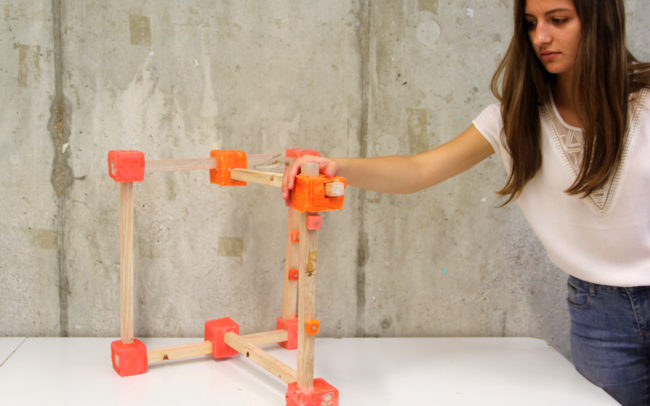 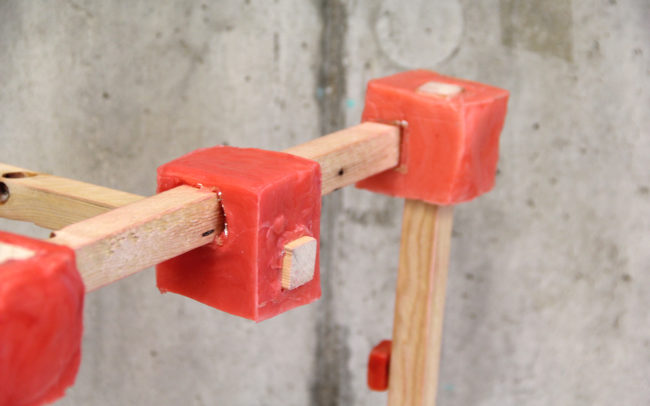