The Smart Costumes research project explores the development of Smart Textiles and Wearable Technology for Pervasive Computing Environments. Heriot-Watt University’s Creativity Innovation and Design Theme funded the short speculative project. The aim is to explore the interfaces and interaction between smart textiles and smart – or pervasive – environments.

The work is focused initially on Performance-based – rather than on everyday – interaction, as a time-limited non-task-related environment in which interaction can be studied in a purer form. The emphasis of exploration is the integration of colour-change technology and electronics within a smart costume. Leuco thermochromic dye systems and fluorescent dye systems are used to create multiple colour-change signals that switch between non-emissive and emissive displays. The research team includes myself, Lynsey Calder who is the Research Associate for the project and the creative lead, Ruth Aylett and Sandy Louchart who bring the computer science expertise.

The images are the work Lynsey has been producing for the project. Lynsey’s prior research was focused on optical illusion and distorting perception through pattern. She brings this together with her interest in origami to create electronically controlled thermochromic 3D textile structures, which transform in colour and pattern ultimately changing perception of depth and perspective. They show different colours not only with controlled temperature change but also under different lighting conditions. 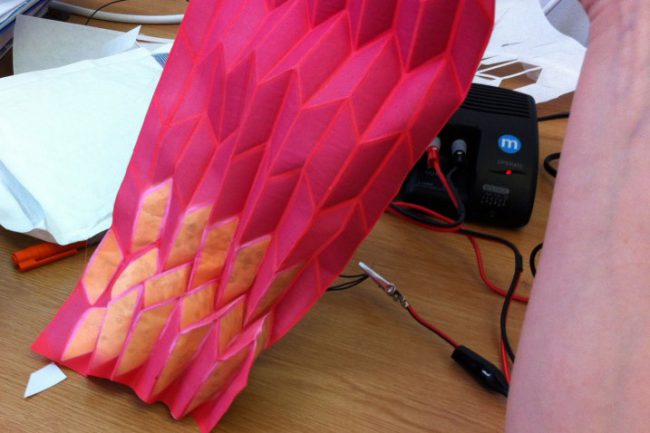 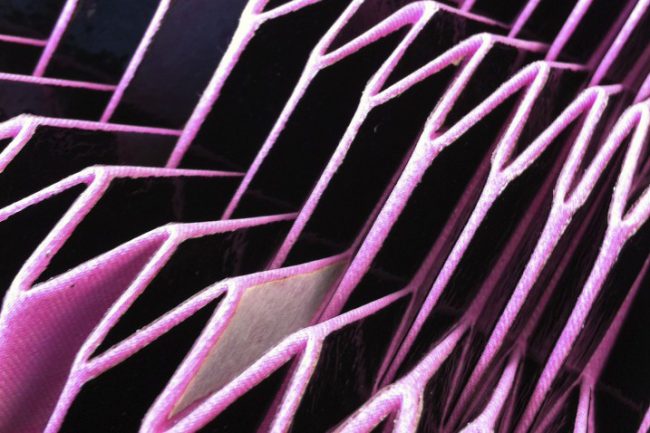 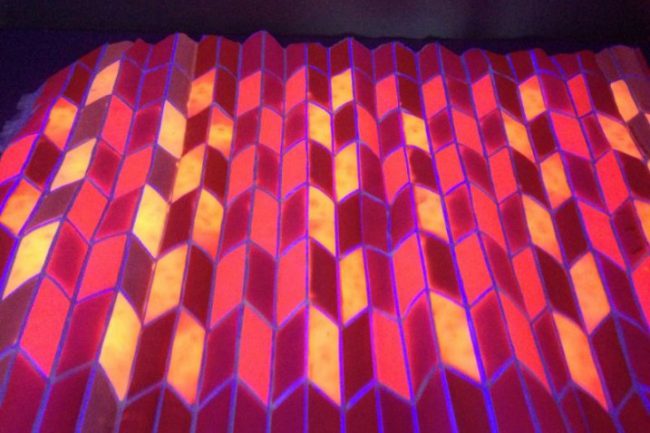 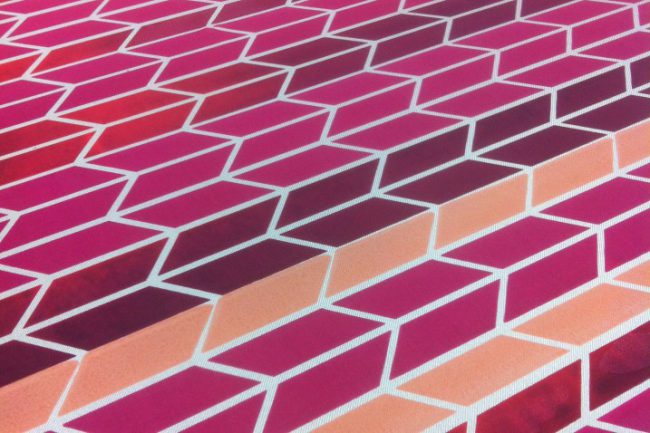 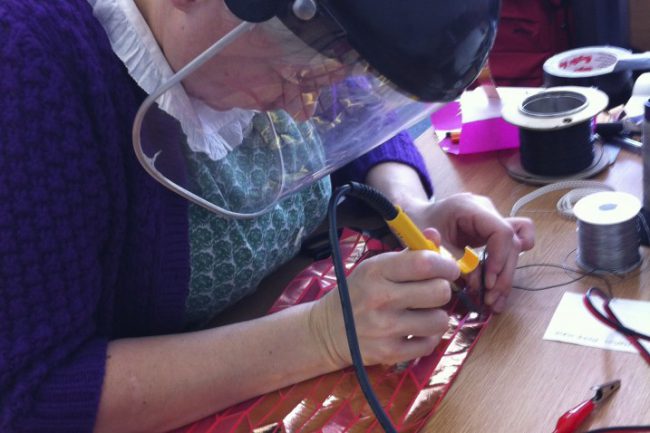 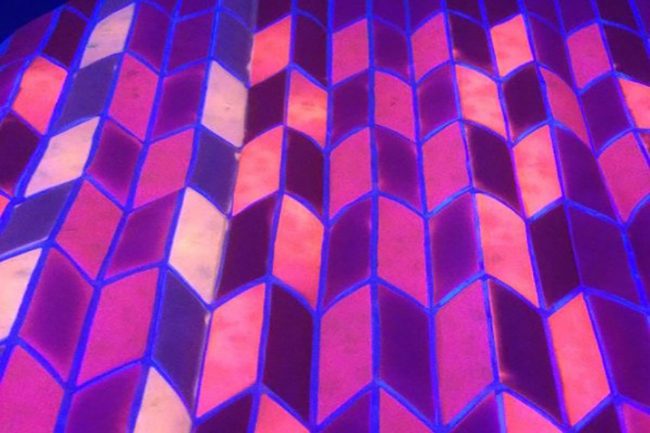