a study into a porous substrate

1. Biological responsiveness on the tree bark
As common ash become older, it increasingly develops networks of fissures and cracks in the bark because of expansion of inner girth. Therefore, it provides hiding places and microhabitats for small invertebrates to live. The bark of the common ash represents micro-ecosystem through its microhabitats pattern of diverse species on the bark. The bottom of the common ash is mostly covered by moss because it is closely surrounded with moist ground. Moreover, on outer edges of the bark, algae prosper, on the other hand, on furrowed bark, crutose lichen inhabit. 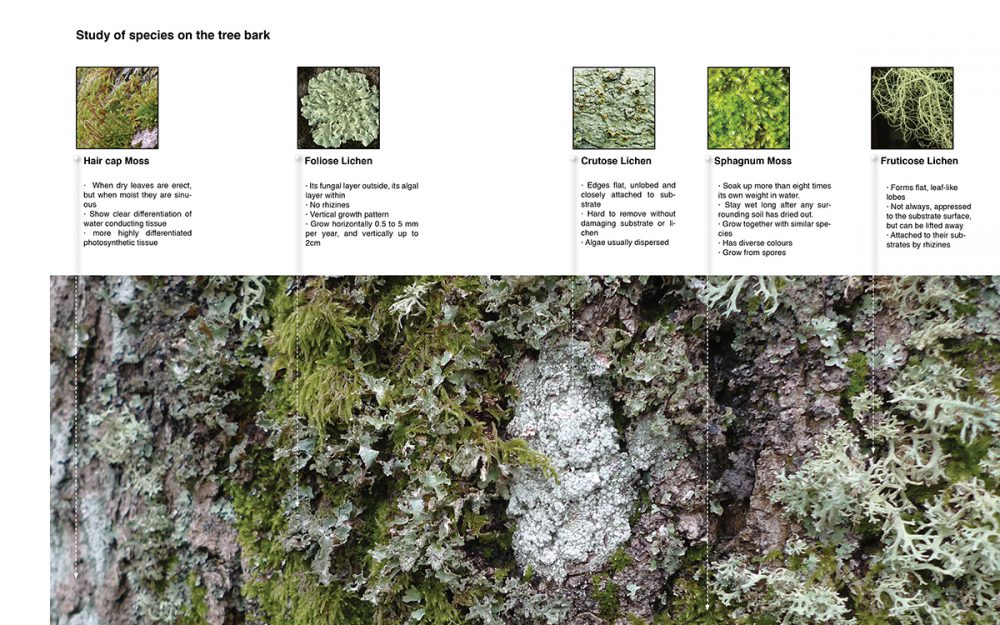 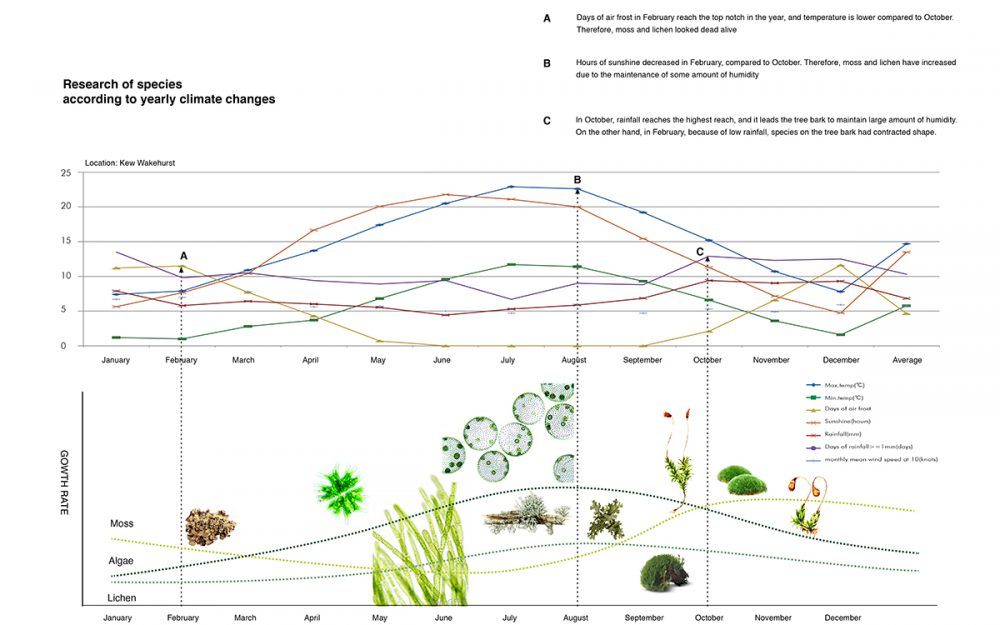 2. Porous Surface Prototype
The proposed concrete mixture results from material testing with various ratios of aggregate, cement and water. It aims at creating a scaffold that is able to host various bio-receptive materials in its porous interstices, ultimately leading to growth. The resulting components are not only lightweight but also permeable enough to allow the growth of mosses and other microorganisms to proliferate. The complex geometry of the components is determined by climatic factors, such as sun orientation, dominating wind flows and rain falls, all of which are computationally generated. The design and material studies define a concrete substratum that is environmentally responsive and active. 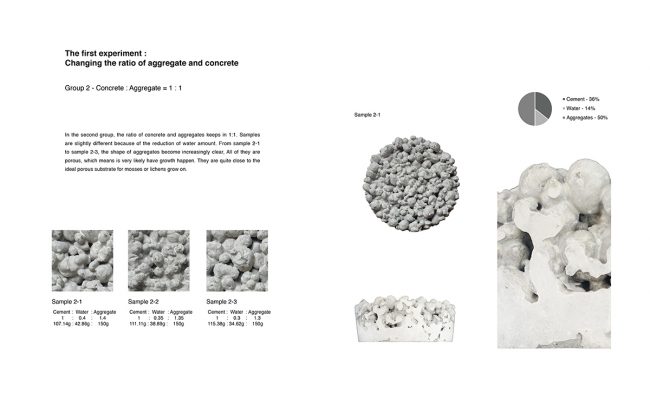 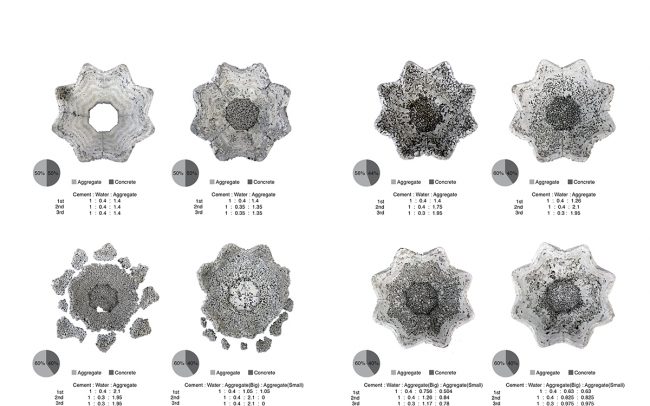 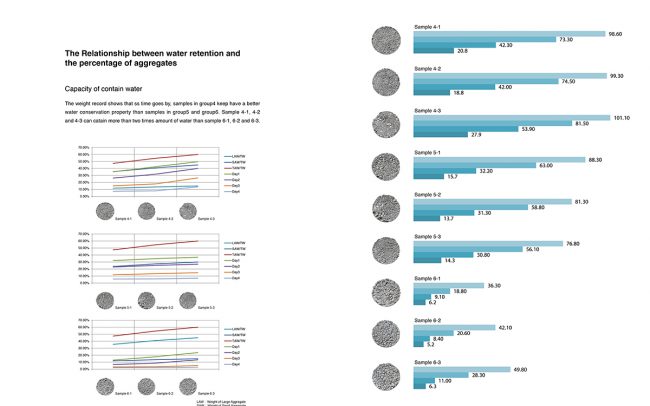 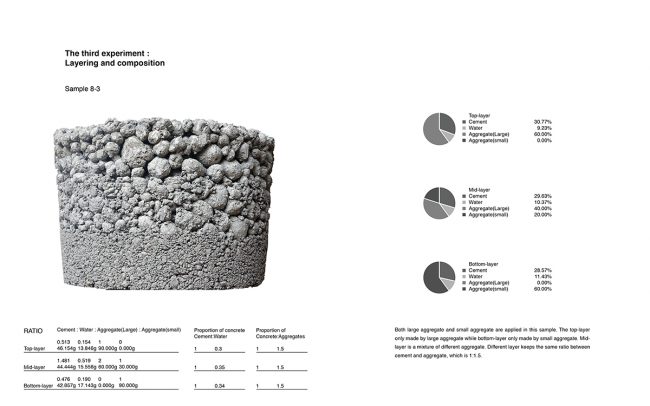 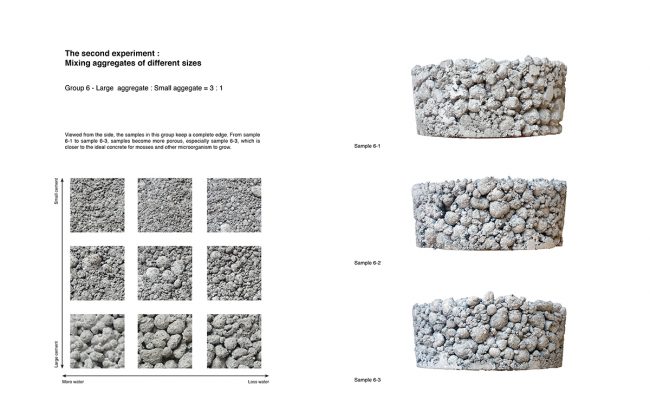 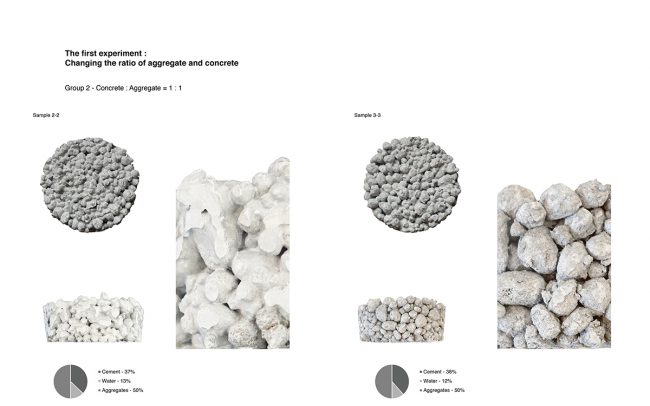 3. Endolithic blob aggregate
Preliminary studies of the project are based on cell division patterns that result from a self-duplicating system based on natural principles. These originate from a single source particle growth system that evolves into a group or several groups of point systems. Multiple particles are generated, aiming to create growing areas by using noise maps that work in equivalence to unbalanced conditions in the natural world.

4. Permutations of meta-ball aggregates
The use of a fibrous structure provides the opportunity for a porous multi-dimensional mesh to be occupied by meta-ball aggregates. These fibrous assemblages allow for aggregates to be attached, following an extra torsion or noise in between the solid entity and the surface structure. This creates an additional layer of morphing surfaces that further enriches the geometry. 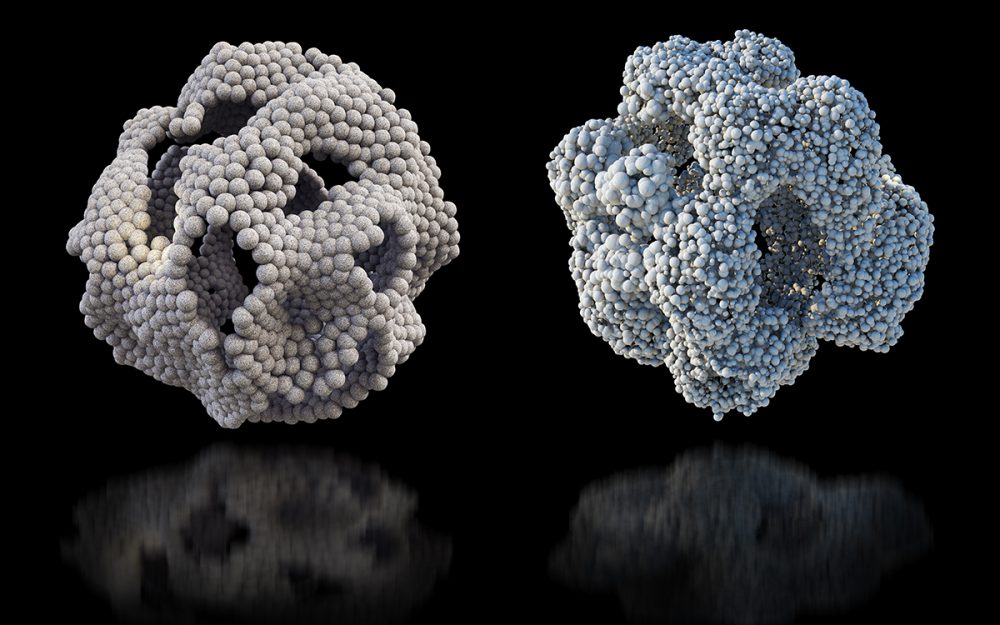 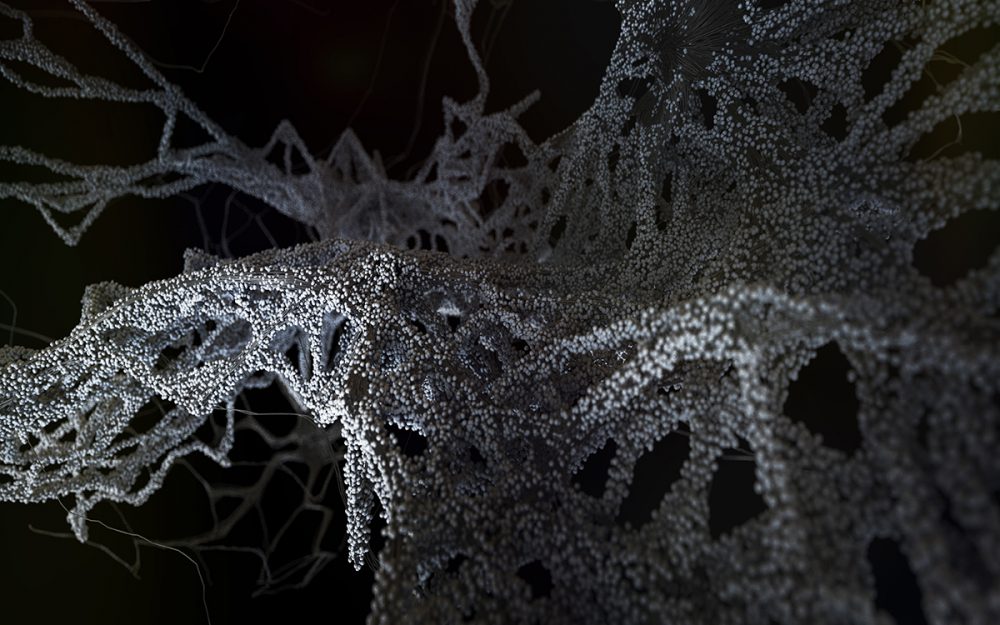 5. Pavilion design
The proposed pavilion is thought as a permeable monolith located in a rocky glade of the forest of Kew Wakehurst. The form emerges from a self-generative design process in which the overall surface tectonic, meta-ball aggregates, and fibrous networks are environmentally-determined and topographically-specific. The design of the pavilion façade is conceptually understood as an extensive coral reef that responds through its growth to various environmental vicissitudes. The overall porosity of the concrete pavilion integrates a ‘secondary growth system’ that is formed of small-scale concrete components that are receptacles of growth. The material and shape of these components are designed in response to specific shading paths and storage capacity of the material aggregates. Besides the porous surface, the entire pavilion is composed of several smooth pieces enriching the contrast of textural and tectonic expression of the pavilion. 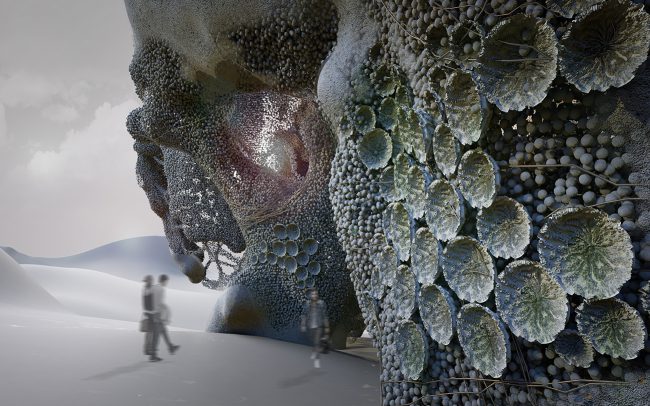 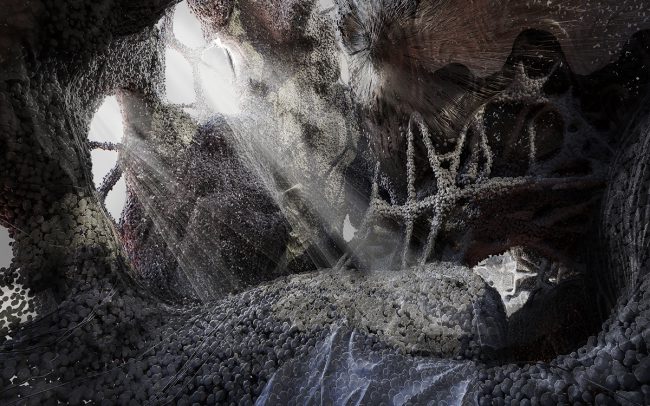 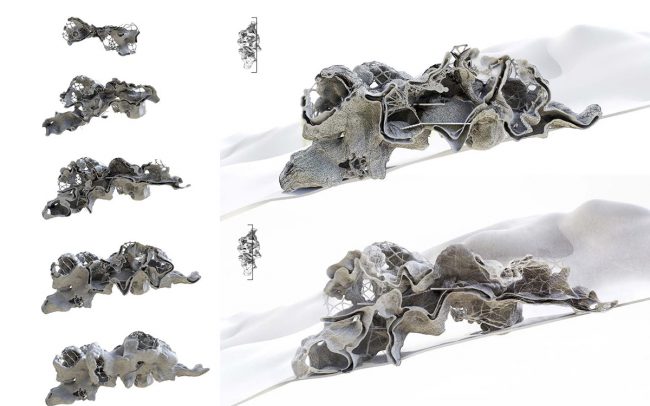